Phytochromes are widely distributed biliprotein photoreceptors with a conserved N-terminal chromophore-binding domain. Most phytochromes bear a light-regulated C-terminal His kinase or His kinase-like region. We investigated the effects of light and temperature on the His kinase activity of the phytochrome Agp1 from Agrobacterium tumefaciens. As in earlier studies, the phosphorylation activity of the holoprotein after far-red irradiation (where the red-light absorbing Pr form dominates) was stronger than that of the holoprotein after red irradiation (where the far red-absorbing Pfr form dominates). Phosphorylation activities of the apoprotein, far red-irradiated holoprotein, and red-irradiated holoprotein decreased when the temperature increased from 25°C to 35°C; at 40°C, almost no kinase activity was detected. The activity of a holoprotein sample incubated at 40°C was nearly completely restored when the temperature returned to 25°C. UV/visible spectroscopy indicated that the protein was not denatured up to 45°C. At 50°C, however, Pfr denatured faster than the dark-adapted sample containing the Pr form of Agp1. The Pr visible spectrum was unaffected by temperatures of 20–45°C, whereas irradiated samples exhibited a clear temperature effect in the 30–40°C range in which prolonged irradiation resulted in the photoconversion of Pfr into a new spectral species termed Prx. Pfr to Prx photoconversion was dependent on the His-kinase module of Agp1; normal photoconversion occurred at 40°C in the mutant Agp1-M15, which lacks the C-terminal His-kinase module, and in a domain-swap mutant in which the His-kinase module of Agp1 is replaced by the His-kinase/response regulator module of the other A. tumefaciens phytochrome, Agp2. The temperature-dependent kinase activity and spectral properties in the physiological temperature range suggest that Agp1 serves as an integrated light and temperature sensor in A. tumefaciens.

In order to respond to environmental stimuli, bacteria utilize two-component regulatory systems that consist of His kinase sensors and cognate response regulators [1]. In Agrobacterium tumefaciens, the ability to infect plants by Ti DNA transformation is dependent on the vir genes, which are regulated by the VirA-VirG two-component regulatory system [2]. The expression of the vir genes is down-regulated at elevated temperature [3], an effect partly due to the autokinase activity of VirA, which decreases upon temperature increases from 28°C to over 32–37°C [3]. Here we describe a similar temperature effect for the His kinase of A. tumefaciens phytochrome Agp1.

Phytochromes are widely distributed photoreceptors found in plants, bacteria, and fungi that are most sensitive in the red and far-red regions of the visible spectrum [4]. Most phytochromes exhibit red/far-red photoreversibility; the chromophore adducts are converted by light between the red-absorbing form (Pr) and a far red-absorbing form (Pfr) with an absorption maximum that is increased by ~50 nm [4]. Typically, phytochromes have an N-terminal chromophore module that contains PAS (“Per/Arnt/Sim”), GAF (“cGMP phosphodiesterase/adenylate cyclase/FhlA”), and PHY (“phytochrome”) core domains. The bilin chromophore of phytochromes becomes covalently linked to the protein during an autocatalytic lyase reaction. Typical bacterial and fungal phytochromes incorporate biliverdin as a natural chromophore with a vinyl ring A-side chain, while phycocyanobilin and phytochromobilin (ring A ethylidine side chain) are used by cyanobacteria and plants, respectively [5]. The biliverdin binding site is a conserved Cys at the N-terminus of the PAS domain, whereas phycocyanobilin- and phytochromobilin-binding phytochromes have a chromophore-binding Cys in the GAF domain at the center of the chromophore module [5]. The three-dimensional structures of the chromophore modules of bacterial phytochromes indicate that the GAF domain forms the tightest contact with the chromophore. The PAS and GAF domains are connected in a knotted structure, and the PHY domain forms a tongue-like structure that folds back on the chromophore [6]–[9].

In most bacterial and fungal phytochromes, including Agp1 from A. tumefaciens, the N-terminal chromophore module is linked to a C-terminal His kinase that is most likely connected to the PHY domain by a long helix; there seem to be no other contacts between the N- and C-terminal modules [7], [10], [11]. His kinase activity is most often modulated by light, although different Pr/Pfr patterns have been identified. Cph1, the first characterized prokaryotic phytochrome from the cyanobacterium Synechocystis PCC6803, exhibits strong autophosphorylation activity in the Pr form. This activity is down-regulated to ~20% upon red irradiation, which triggers photoconversion into Pfr [12], [13]. The same principle holds for other cyanobacterial phytochromes [14] and for Agp1 [15]. In BphP of Pseudomonas aeruginosa, the His kinase activity did not differ significantly between the Pr and the Pfr forms [16], whereas for P. syringae phytochrome [17] and for A. tumefaciens phytochrome AtBphP2 (Agp2) [18], strong Pfr activity and weak Pr activity have been reported. This pattern also applies to FphA from the fungus Aspergillus nidulans [19]. Ppr, a chimeric photoreceptor from Rhodospirillum centenum in which an N-terminal photoactive yellow protein is linked with a phytochrome, displays His kinase activity in the dark that is up-regulated by light [20]. Strong Pr activity and weak Pfr activity dominate among the prototypical bacterial phytochromes, but phosphorylation activity cannot be switched off completely by light, and residual activity has been attributed to residual Pr under saturating red irradiation. Use of a locked 15Ea chromophore allows the generation of an Agp1 adduct that exists completely in the Pfr state and exhibits His kinase activity [15]. It thus appears that Agp1 has kinase activity in both the Pr and the Pfr states. Since light modulates kinase activity by a factor of 3–5 only, the impression arises that the kinase activity is not the only parameter which is important for signaling or that the activity might be modulated by other environmental stimuli in addition to light. Our present investigation of the effects of temperature on Agp1 kinase activity provide evidence in support of the latter possibility. We also found that the spectral properties of Agp1 are affected by temperature, and that these temperature effects are mediated through the His-kinase module. 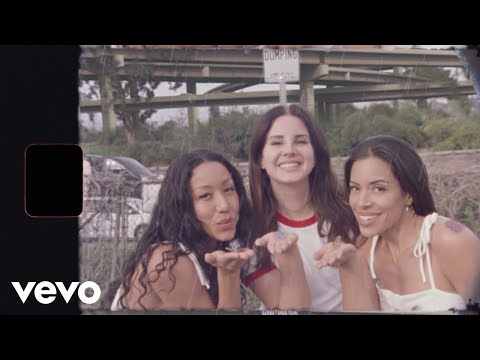