[Intro]
(Illa, Illa, Illa)
Yo, how do I keep
(Man, I don’t know what’s up with these hoes, man)
Gettin’ in relationships like this?
(I’m just sayin’)
Maybe it says somethin’ about me
(Yeah, yup)
Should I look in the mirror?

[Chorus 1]
I just want you to be normal
Why can’t you bitches be normal?
Always gotta be so extra
Why you always need a lecture?
My ex hates to talk, she’s a texter
Even when I’m in bed layin’ right next to her
Wants to get back together
Said not ’til she gets her act together

[Verse 1]
She thinks I’m bein’ mean and now
She starts to scream and shout
She’s about to let the demons out
She don’t wanna see me with other females out
I tell the bitch to beat it, take the scenic route
She retaliates by tryin’ to leave the house
In an evening gown with her cleavage out
We’ve been down this road too many times for me to count
And all I can think is how—

[Chorus 2]
I just want you to be normal
Why can’t you bitches be normal?
Always gotta be so extra
Like a fuckin’ terrestrial
I guess it comes with the territory
My ex girl, she just declared war
Therefore, I better prepare for it
I guess bein’ weird’s normal

[Verse 2]
And I don’t know what’s got a hold of me
Most notably I’ve been zonin’ to Jodeci
I’m totally open, hopelessly devoted
So much so that I bet you she don’t even know that she’s
The first thing I think of when I wake up
And the last thing I think of ‘fore I go to sleep
Sike, hope she don’t notice me goin’ through her purse
I know she cheats, so do I, I’m soulless, she’s heartless
No wonder we’re partners
Both got hundreds of charges
Domestic disputes but we’ve always
Swept it under the carpet
Even when 911 gets the call that
I slipped up and busted her jaw with
A Louisville Slugger ’cause alls it
Really does is make our love
For each other grow stronger
She won me over the second she tried to run me over
Told her I’d keep it a hun’, we over
Kicked her out, called her back, now she’s coming over
But why is she so wicked?
And how the fuck did I get so twisted
Up with someone so unlikable and shifty
We’re like nitrogen and hydrogen mixed with
Ignitable liquids, but I’m finally seeing
She’s only mine for the time being
That’s why I keep bringin’ up that one time she
Tried to two-time me
And throw it up in her face ’til I dry heave
How could I be so naive?
Should I leave or turn this entire evening
Into a motherfucking crime scene?
Maybe I’m just too ugly to compete with him
You weren’t s’posed to agree, you fucking bitch!
‘Specially when you’re the one cheated first
Now the argument immediately becomes heated
You don’t want me to flip, little conceited cunt
Eat a monkey dick wrapped in a stuffed pita fajita
Slut, treat it just like a drum, beat it
Complete it, and once you’ve succeeded, repeat it!

[Verse 3]
I love you but I hope you fuckin’ die though
In our business your friends like to pry so
You’ve got ’em all under cover just like moles
Hopin’ they’ll come back with intel
But I’m the one who’s thrown into the spiral
‘Cause now the roles are reversed so here I go
Thinkin’ I’m sly as I scroll through your iPhone
Who the fuck’s Milo?
The guy at work who drives a hi-lo
I put a tracking device on your Chrysler
And follow you while you drive home
But like a cyclone, I just got my disguise blown
You recognize me and had Milo flip me off
Right out the passenger side window (*Beep-beep*)
I hit a light pole, you skirt off
And then pull up at 5 a.m. in the drive in a stretched white limo
Stumble in the side door and hit me in the head with Milo’s demo
But like a drunk bum, what do I know?
Let’s sleep on it like they did Revival
I told you you’re the apple of my eye, so shut your pie hole 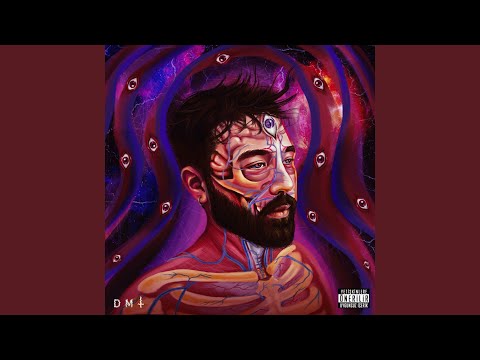